Today was an amazingly huge day. We (tried to) get up early for the 2.5 hour drive down to Zeeland where Annelies lives. Annelies is an old forum friend of mine that came and spent 3 weeks with me in Adelaide about 4 years ago. How time has passed but it’s funny how the memories came back that we could share. I had the opportunity to get to experience some of her life which we used to talk about all that time ago, including a brief visit to where she works and her horses. 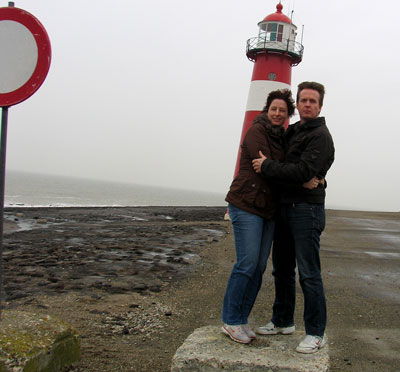 We had a quick lunch first…….chips, fries, patat……whatever you want to call it. We drove to one of the dykes which was fascinating to see. I always imagined that the dykes would be some kind of wall holding the water back, so it was a little different from what I imagined. It was too cold to stay out there for long though (for me), so we had a look, took photos, 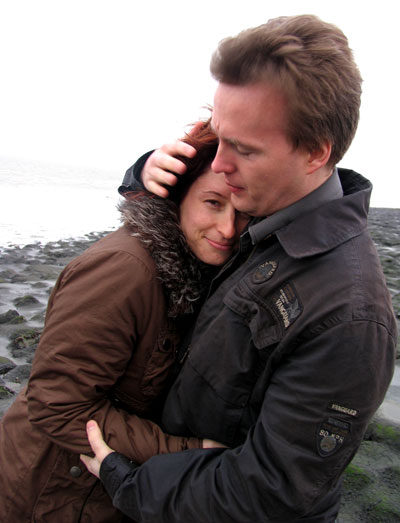 Alex tried to touch the sea, then Alex and Annelies walked back while I ran to the car before I froze to death!

Then we headed to the Deltawerken which is an amazing structure which holds the sea water back when the storms become too rough. It’s incredible the amount of soil they would have had to bring in, the technology and the strength of the structure. Apparently there’s engineers that come from all over the world just to see it. 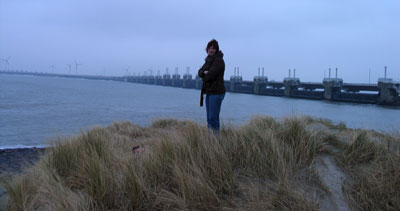 Annelies had a balance class to teach at 7pm, so we went home, got changed and headed to the gym. I was looking forward to doing a balance class again and Annelies offered me to team teach. I knew the first 2 tracks of the mix she was doing, so I revised them. It felt weird initially teaching in a different country and I was initially very self conscious of how well they’d be able to understand my English, so I was careful with my cues and tried to make my instruction very clear. Their technique was very very good so that made it easier and the manager of the gym, Tanya, came in and took photos (which I hope to get a copy of). After I taught the first 2 tracks Annelies encouraged me to continue, but I didn’t know her mix so I got my ipod out and did an unprepared mix, trying to pick whatever tracks I knew I’d remember off the top of my head. It was difficult cuz I’d been teaching the new release back home and here they haven’t launched yet. Annelies finished off with the meditation in dutch. The mix I ended up with was:

I was really impressed with the gym, the quality of the facilities and how welcoming they were of me and allowing me to teach there. I really liked Tanya and she seemed very professional. Some of the photos of the class are available at her site.

On the way home I nearly got scared half to death when a loony driver on the freeway was travelling, at a guess, in excess of 160km per hour. I dunno what the driver was doing, but he swerved so close to us as to hit our mirror. We were already doing around 120km/hr or so and even though I was very tired it scared me so much that I actually kept awake the entire trip home. Congratultions to Alex for not letting it rattle him while he was driving, cuz the noise when the car hit our mirror was loud. It hasn’t helped my fear at all of driving on these crazy roads in Europe!