This morning was interesting, for the first time I experienced what is every instructors nightmare…………the power went out! 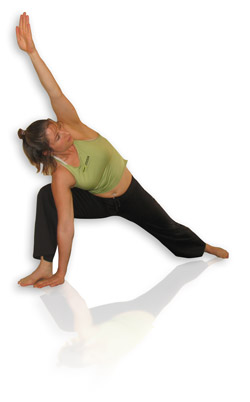 I was in the last pose of the hip opener track in BB36, I just kept going and resumed without the music. I guess I’ve been teaching long enough now that it didn’t phase me nor did I even feel a bit uptight. It’s just like doing a PT session, except with a group of people….lol 😆

The meditation was interesting though, it’s very VERY different doing it without music. Bangs and crashes of the weights next door…….and one of the members said they could hear the buses going past outside and that the clocks were out of synch with their ticking…….haha. ok, so we didn’t meditate too well…….but I told them that it was a really good exercise to practise it 😉

The thing I found MOST amusing is that my ipod was still actually playing (even though there was no sound – it runs off battery, not mains power) and when I started the meditation my ipod was 10 secs into the meditation track……..AWESOME timing hey! I didn’t actually follow the BB36 chorrey, I just freestyled it with my own chorrey because I thought it would be too difficult to do some stuff without the music. So the fact that I timed it perfectly with when we WOULD have finished is just insane! 😯